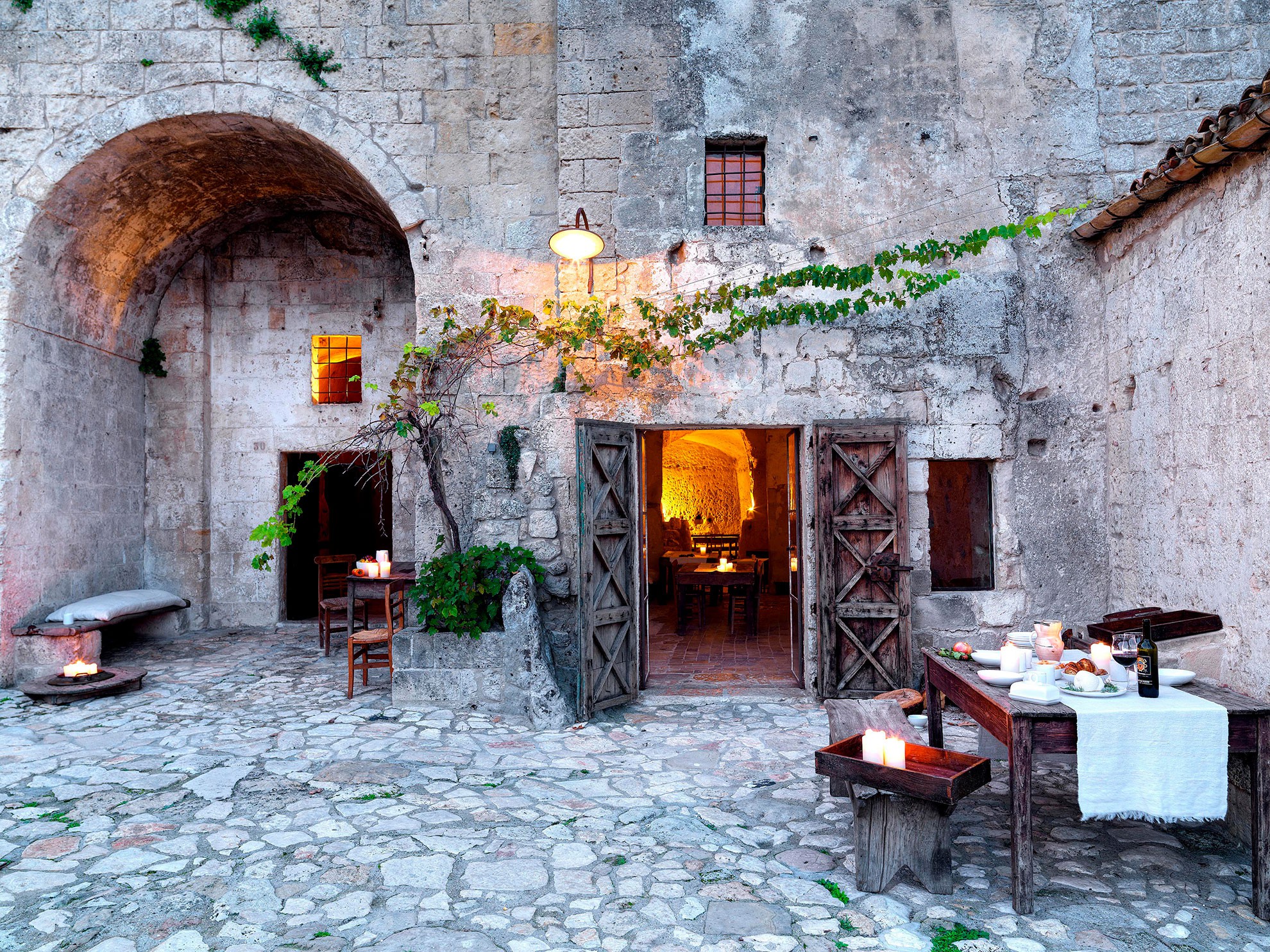 It's May in southern Italy and outside the sun is hammering the landscape into submission. The sandy-coloured countryside has a crisp look to it, the grass spiky and sere, the air itself heated to an almost palpable shimmer.

Not here, though. Here in our cave it's cool and penumbral. The front door (heavy and wooden and locked with a large iron key that wouldn't look out of place on a fairy tale jailer's belt) is haloed by light from the midday sun but it doesn't get very far into this series of cave rooms as they burrow further and further into the soft sedimentary limestone beneath the city of Matera.